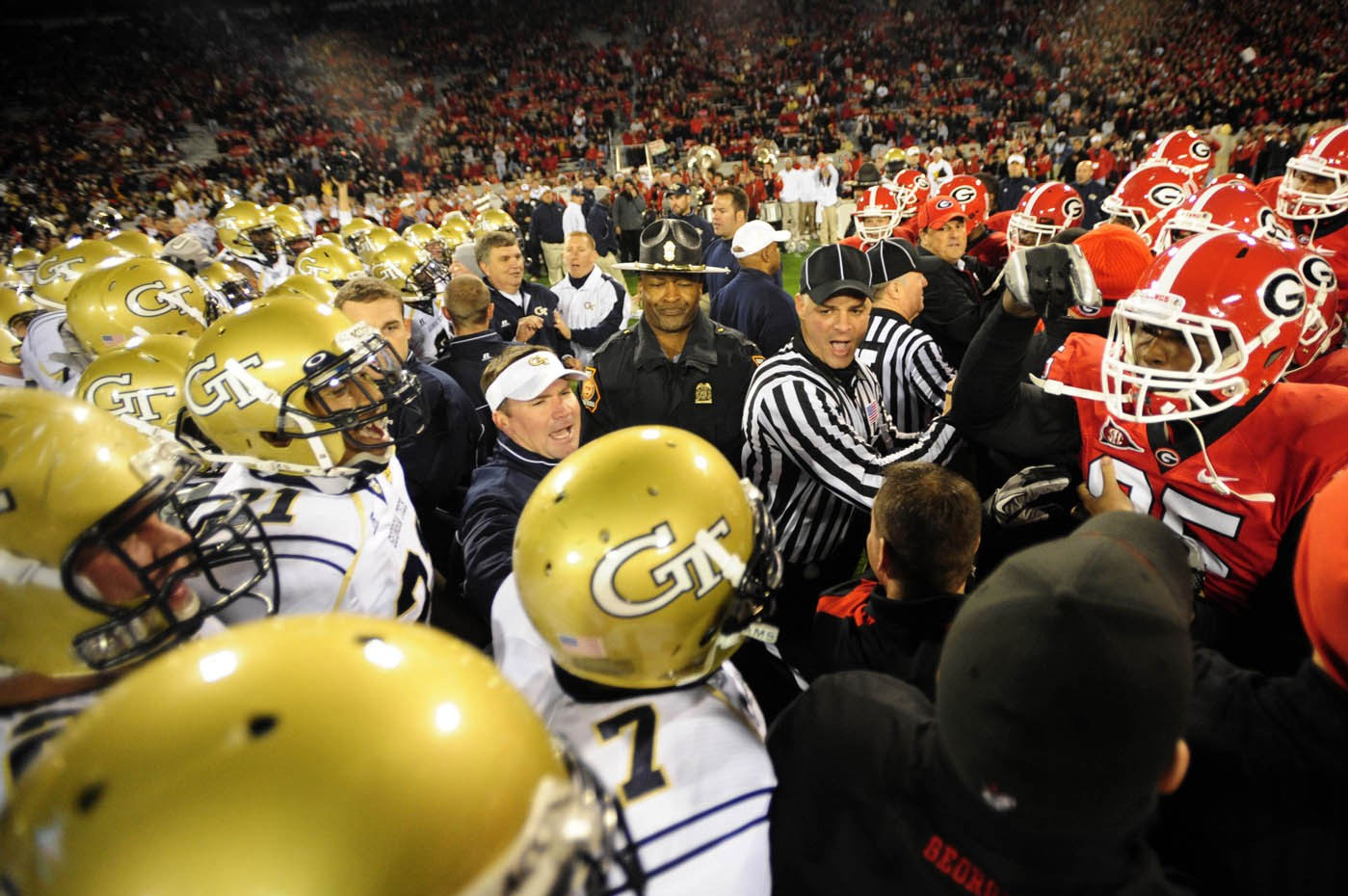 There aren’t a whole lot of similarities between Georgia Tech and the University of Georgia. One is in the heart of one of the biggest cities in the country, while the other is located in your quintessential college town. One is primarily an engineering and research institution, while the other focuses more on the liberal arts. All this being said, perhaps the only thing these schools can agree upon is what author Bill Cromartie described as being “Clean, Old-Fashioned Hate.” 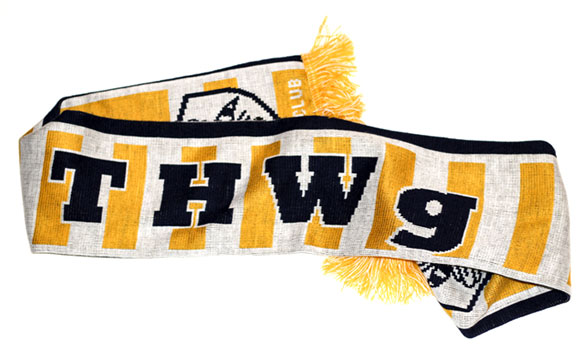 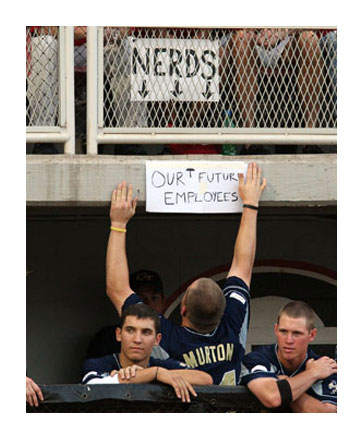 It's hard to insult intelligence.

The first football game between these two rivals took place on November 4, 1893 in Athens. The game was won by Georgia Tech 28-6 and forever left a mark on the rivalry between the schools both on and off the field. During that November game day over 120 years ago, many of the Georgia fans harassed Tech fans in the stands which prompted the creation of our famous fight song “Ramblin’ Wreck from Georgia Tech.” Speaking of fight songs, Georgia and Tech hate each other so much that the fans of both schools actually have incorporated it into their respective fight songs. Georgia fans sing, “Glory, Glory to ‘ole Georgia and to Hell with Georgia Tech!” while Tech fans sing, “If I had a son sir, I’ll tell you what he’d do, he would yell To Hell with Georgia! Like his daddy used to do!” The rivalry has been so heated over the years that the two teams can’t even agree on how many games have been played in the series. There were two games played (both won by Tech) during World War II that Georgia claimed didn’t count because many of their players were serving in the military during the time.

Tech’s overall series record against Georgia is 41 wins, 67 losses, and 5 ties. Tech does own the largest win streak in the series at eight wins that took place 1949 to 1956. However, since then, Georgia has won 36 of the last 50 matches. Tech’s most recent win in the series came in 2016, where Tech was able to comeback, scoring a touchdown with 30 seconds left to win 28-27. As wild as this was, the wildest, highest scoring game of the series came in 1999. This battle for the Governor’s Cup had the score tied at 48, 13 seconds on the clock, and the ball at GT’s 2-yard line, UGA decides to go for the touchdown instead of the sure field goal. Georgia fumbles the ball and Tech recovers to send the game into overtime and go to win 51-48. 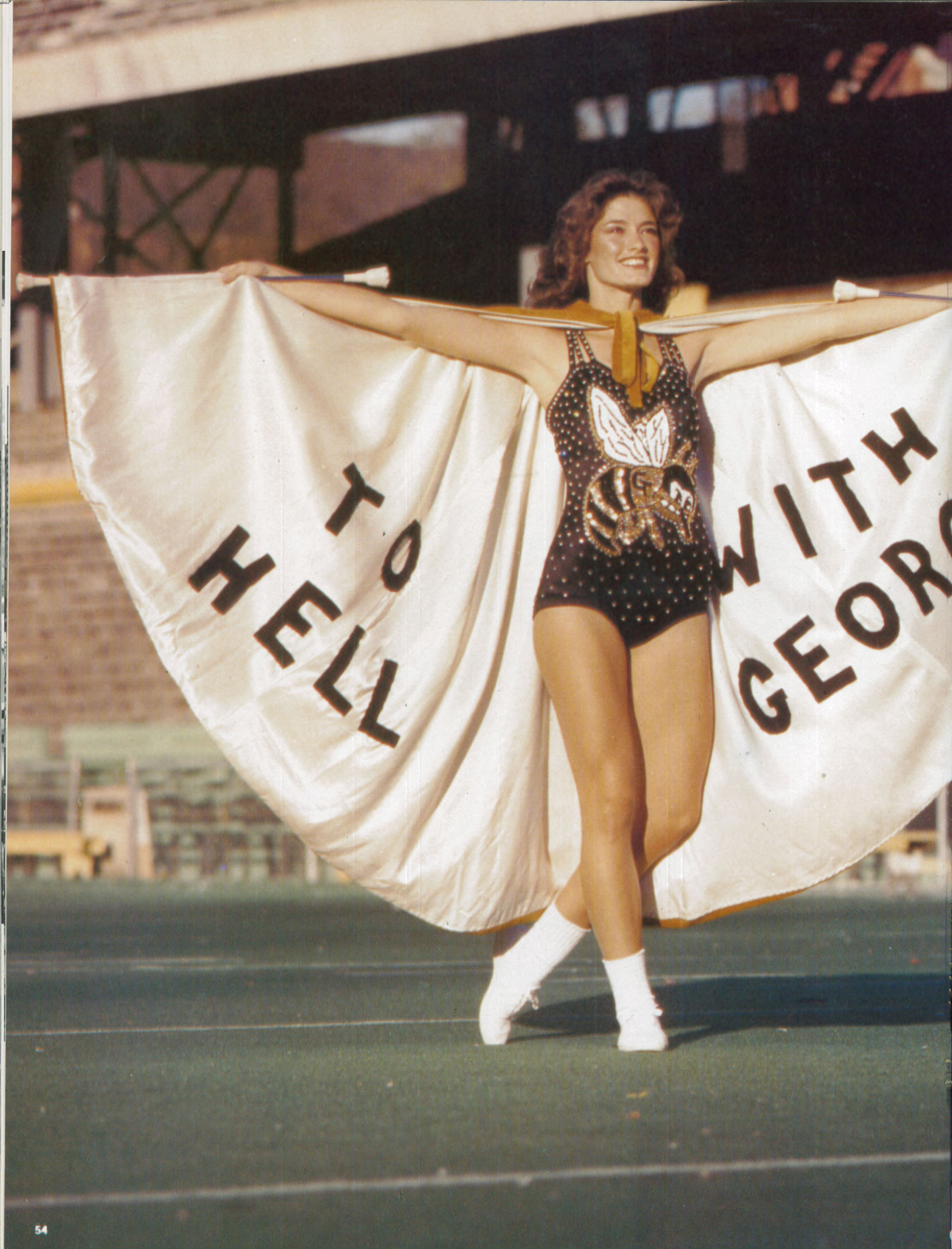