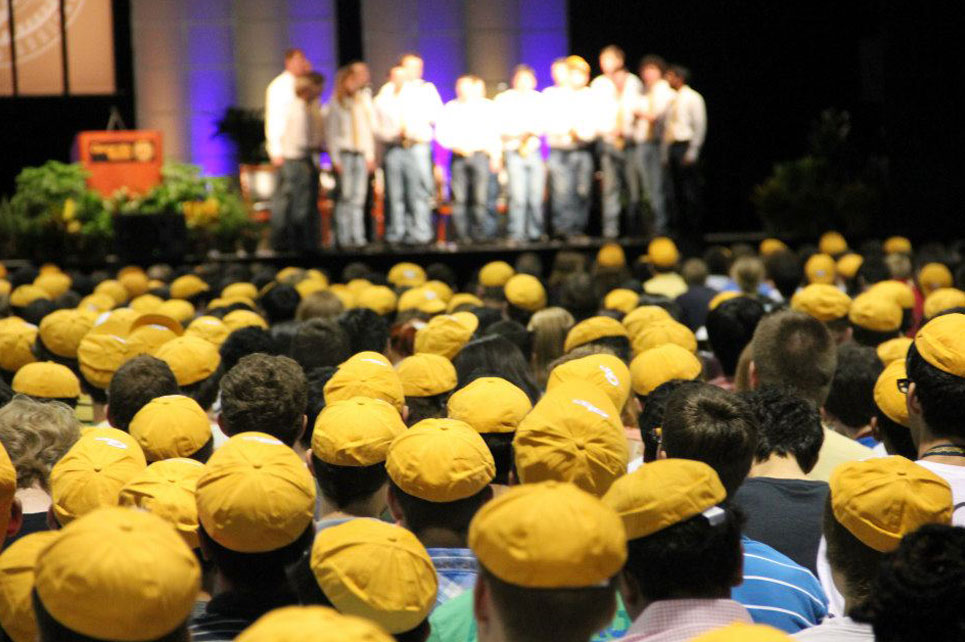 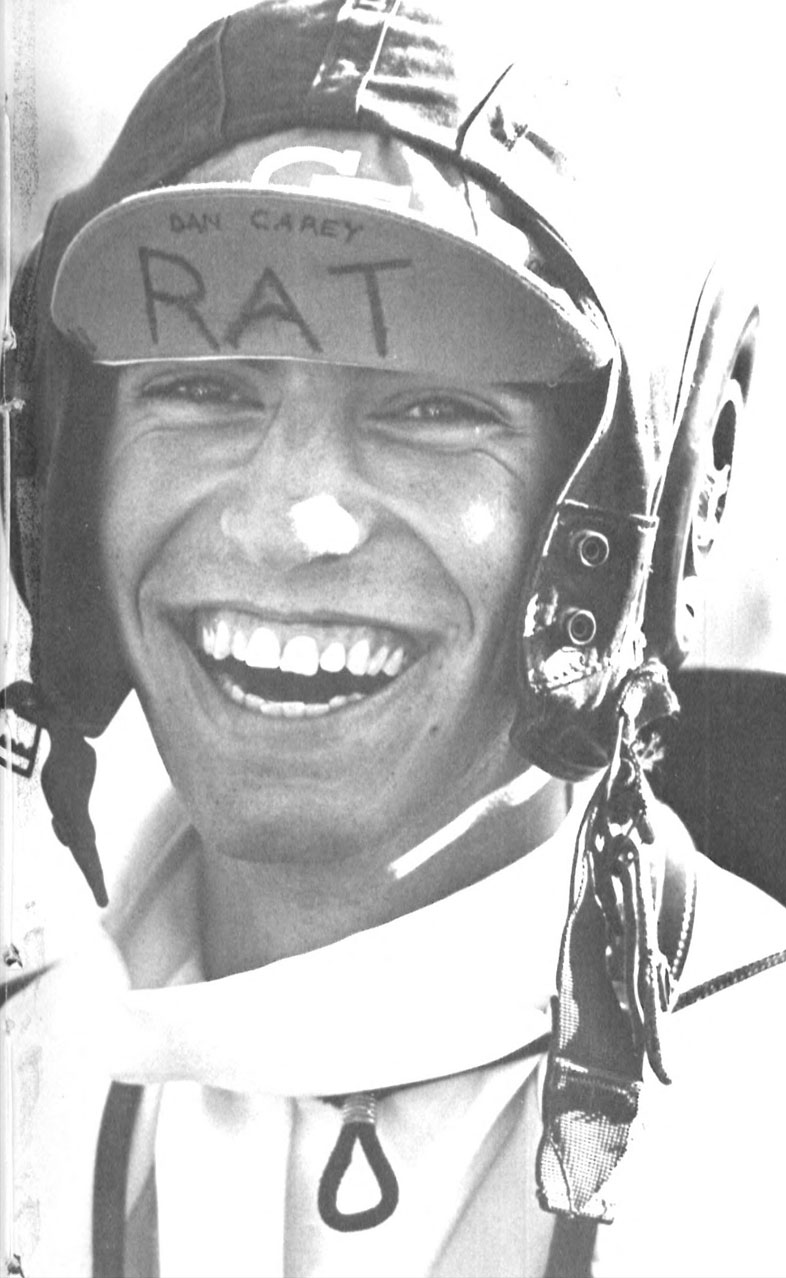 RAT caps were first found on Georgia Tech’s campus in 1915. They were originally called “freshmen caps” because of the white F on the front of the cap standing for “Freshmen” rather than the “GT” we see today. All freshmen were required to wear the caps every day until the end of spring quarter unless Tech beat UGA in the fall quarter’s freshman football game. Freshmen caught without their RAT cap were subjected to punishment including what is known as the “T-cut”, which entailed a student’s hair being shaved into the shape of a “T”. RAT rules were enforced by Ramblin’ Reck Club and other upperclassmen. Anti-hazing policies led to the end of RAT rules. Today, out of respect for the tradition, freshmen receive a RAT cap at Convocation.

RAT caps are filled out by using a black permanent marker to write the acronym RAT on the upturned brim followed by the student’s name above it, major to the left, graduation year to the right, and hometown and state below. The scores of football games are written on the panels of the cap. If Tech wins, the score should be written right side up, and written upside down if Tech loses. The back panel should contain the phrase “To HELL with georgia” with one word to each line. “HELL” should be written in the largest font and “georgia” should be written in all lowercase letters, as we choose not to recognize U[sic]GA as an institute of higher education. A properly decorated RAT cap serves as a phenomenal souvenir of freshman year. 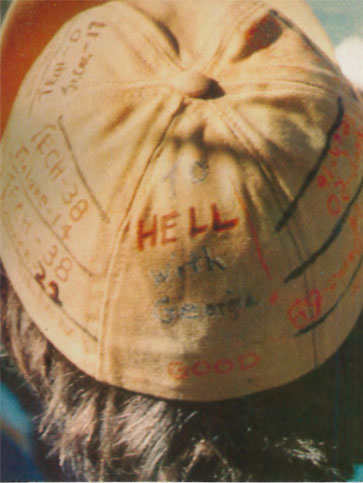