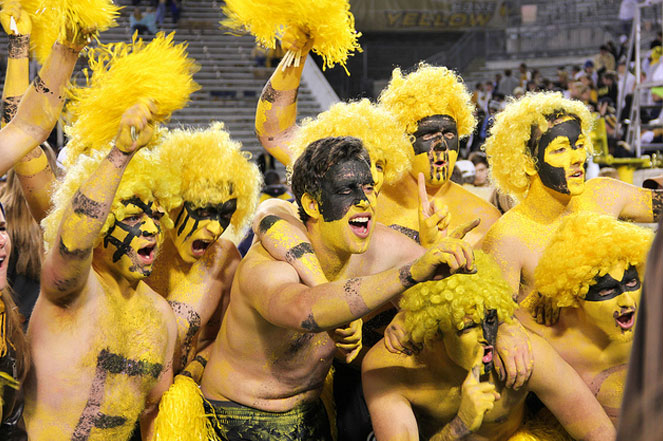 The Goldfellas are a group of Georgia Tech super fans that paint their bodies at ever home football games. They first appeared during the 1998 Homecoming game versus the University of Virginia, which Georgia Tech won 41-38 and ever since the Goldfellas have been a staple at every home game since. Their walk to the game is an elaborate parade consisting of three phases- the March, the Chant, and the Run. The March begins at the Howey Physics building half an hour before the game. The Goldfellas march in a single file line singing the traditional Georgia Tech songs until they reach the intersection of Techwood Drive and Bobby Dodd Way. At that intersection, the Chant begins with the head of the Goldfellas leading the group and the rest of the crowd in cheers such as “The Good Word”. After the Chant is completed the Run begins. The Goldfellas run from the intersection of Techwood and Bobby Dodd to the south entrance of Bobby Dodd Stadium, where the Walk is completed. 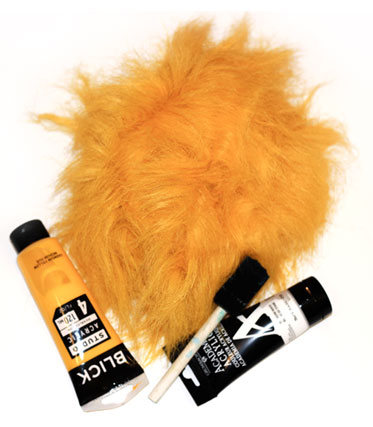